Welcome to my blog, today I am linking with-

A Wise Woman Builds her Home

The Art of Homemaking Mondays hosted by Jes

This is a recipe for a vegetable soup dish which can be eaten with various protein foods, like beans, eggs, fish, beef, lamb, or poultry, depending on what diet you are on. 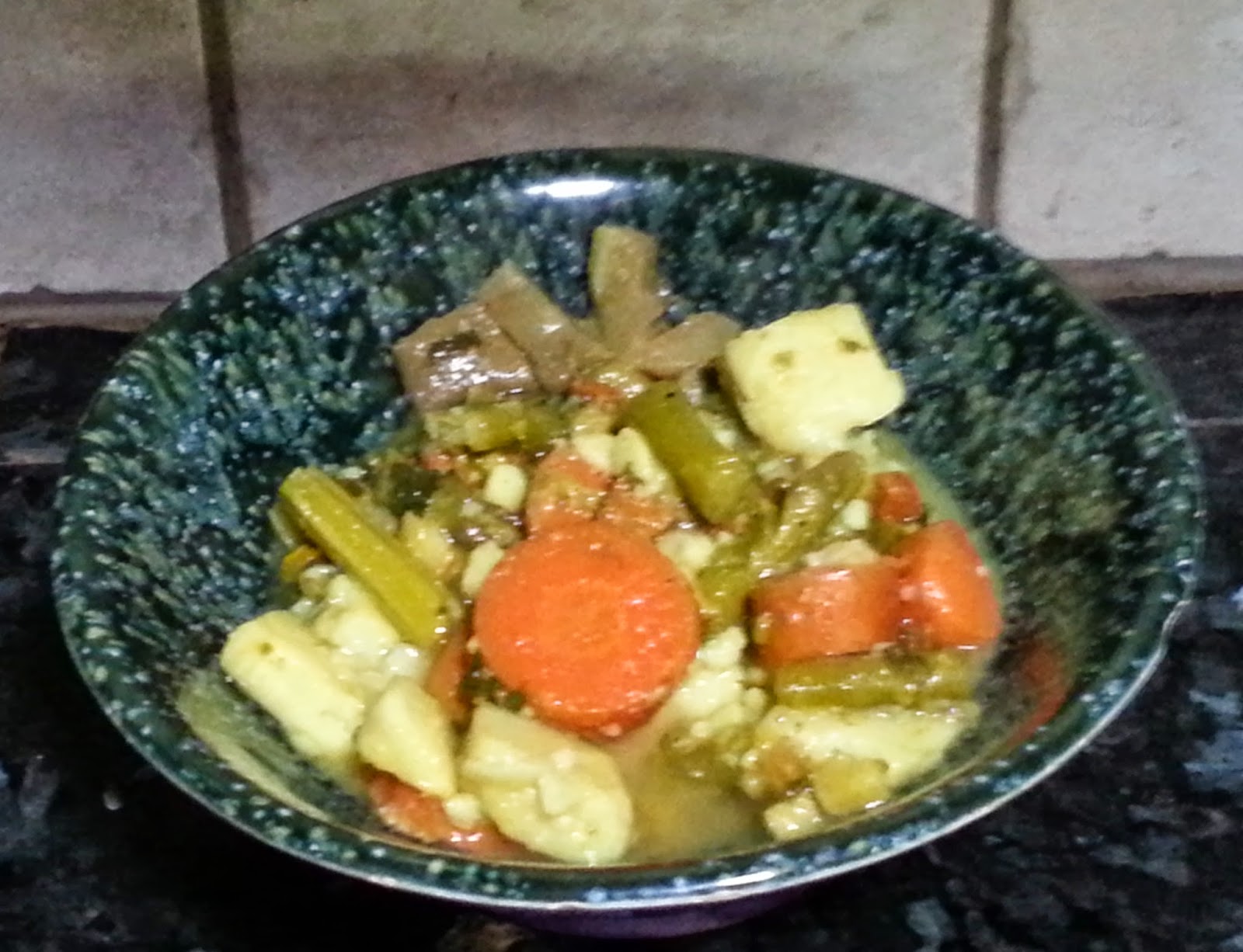 You can also serve it with a side of rice, quinoa, or buckwheat if desired.  The individual vegetables can also be whatever you have on hand, and the ginger and turmeric can be powdered if fresh roots are not available.  Other mushrooms can be substituted as well, so the recipe can be altered according to what you have.  The sweet potato can also have as substitutes a darker sweeter yam or even the purple yam or Taro root available in Asian markets that are high in Hyaluronic Acid.   I generally pressure cook the soup but cooking in a regular pot will work, I like the pressure cooker since it only takes 3 minutes to cook and tenderizes things. 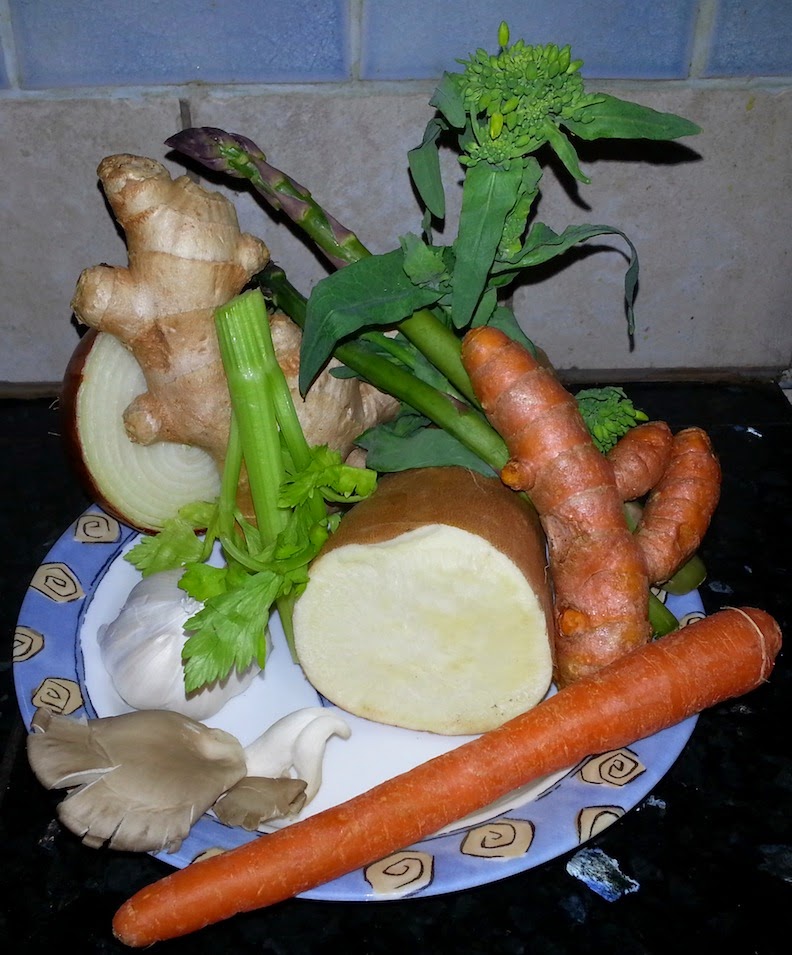 
If you like the onion browned, saute it first in butter or oil, then add water.
Add the roots and mushrooms, then the vegetables and cook until degree of doneness you like.  Eating food that builds up your body will transform your health.

To transform your spirit as well, learn to react to other people according to Yeshua's teachings,  as Yeshua (Jesus' original Hebrew name which means "salvation") states in  John 14:21 (NKJV)- “He who has My commandments and keeps them, it is he who loves Me. And he who loves Me will be loved by My Father, and I will love him and manifest Myself to him.”

We are called to serve others, following His example.  Galathians 5:13- For you, brethren, have been called to liberty; only do not use liberty as an opportunity for the flesh, but through love serve one another.


This principle is reiterated in the parable of the wise man vs. the foolish man in Matthew 7:21, 24-27


21. “Not everyone who says to Me, ‘Lord, Lord,’ shall enter the kingdom of heaven, but he who does the will of My Father in heaven.


24. “Therefore whoever hears these sayings of Mine, and does them, I will liken him to a wise man who built his house on the rock:

James 1:23-
23. For if anyone is a hearer of the word and not a doer, he is like a man observing his natural face in a mirror;
24. for he observes himself, goes away, and immediately forgets what kind of man he was.
25. But he who looks into the perfect law of liberty and continues in it, and is not a forgetful hearer but a doer of the work, this one will be blessed in what he does.

The natural man in us is full of selfish ideas and motives that cause strife, because we are all sinners.  But if I take up His words and principles instead of my own, then my actions are transformed into ones that will bring life and peace to myself and others.   A fundamental action is to be a servant in love, pleasing others rather than ourselves.

1 Peter 3:8
8. Finally, all of you be of one mind, having compassion for one another; love as brothers, be tenderhearted, be courteous;
9. not returning evil for evil or reviling for reviling, but on the contrary blessing, knowing that you were called to this, that you may inherit a blessing.
10. For he who would love life
And see good days,
Let him refrain his tongue from evil,
And his lips from speaking deceit.
11. Let him turn away from evil and do good;
Let him seek peace and pursue it.
12. For the eyes of the LORD are on the righteous,
And His ears are open to their prayers;
But the face of the LORD is against those who do evil.

So I can choose to exalt God through my actions toward other people. -Hannah